When you’re sick, especially with a cold or the flu, sometimes food can be a real turnoff. But the right foods and beverages can offer relief—either from the symptoms of a cold or to help strengthen your immune system—so you can get better faster.

When you catch a cold, standard over-the-counter remedies can relieve a runny nose or a persistent headache—but the effects are only temporary. There’s yet to be a miracle medicine that can prevent a cold entirely or shorten its duration.

Antibiotics won’t help either. While they can treat bacterial infections, they’re ineffective―even detrimental―in treating the flu or cold virus. Antibiotics eliminate all bacteria, yes, but they also wipe out the “good” bacteria. This can actually interfere with your body’s efforts to battle a virus.

The fastest and easiest relief may actually come from what you’re eating.

Diet keeps our internal mechanisms at peak production. And when you’re seeking relief from cold symptoms, many traditional food remedies can be effective.

So, how do doctors and dietitians nourish themselves when they’re sick? They turn to the following foods, which will help you feel better ASAP.

From healthy comfort food to spicy chiles, these tried-and-true food remedies may help manage your symptoms. Below, we dig into the history behind long-standing food remedies—and why they may actually help you beat a stuffy nose or persistent headache.

Soup is a tasty, warming dish that’s ideal on cold winter evenings however, did you know it could also be beneficial when you’re suffering from a cold or flu?

The idea that chicken soup can cure colds may be seen by some to be an old wives’ tale but there is actually some truth behind this idea. That’s because chicken contains a substance known as carnosine which has anti-inflammatory effects. This means it can help to reduce symptoms such as a blocked nose and sore throat, particularly in the early stages of infection. That’s not all though, this delicious broth also helps to prevent dehydration whilst the steam may also reduce congestion further.

Similarly, for vegetarians, a healthy vegetable soup or stew could be just as beneficial as these are packed with the nutrients your body needs to fight off an infection. Also, the warm liquid will soothe a sore throat and ease a blocked nose in the same way that chicken soup does.

Our Easy dairy-free Pumpkin soup is a great option as it takes just 15 minutes to cook and is made from simple ingredients. So, even if your partner or friend is no Gordon Ramsey they should be able to manage this!

I’m sure you are aware, citrus fruits such as oranges, lemons, grapefruits and limes hold a large vitamin C content. The natural antihistamine, vitamin C can also relieve cold symptoms such as watery eyes as well as nasal and chest congestion. It’s also a powerful antioxidant that can help prevent further cell damage when viruses or bacteria attack the immune system. Specifically, vitamin C stimulates the release of interferon, a protein substance that increases resistance to viruses, and strengthens the movement of microbe-killing white blood cells called phagocytes.

Citrus fruits, kale, butternut squash, bell peppers, and kiwis pack a healthy punch of vitamin C in every serving. The soft white layer of skin found on these fruits contains flavonoids which can help boost the immune system but, as I’ve just mentioned, they also speed up recovery too.

They may make your eyes water but spicy foods can actually help when you’re loaded with the cold. That’s because they temporarily open the sinuses thus enabling mucus to flow more easily and thereby easing congestion. When chile-laced foods hit the mouth, throat, and stomach, they stimulate the nerve receptors of secretion-producing glands, triggering a release of watery fluids that can make the eyes tear and the nose run.

It’s a self-cleansing process that helps eliminate the virus by breaking up congestion, flushing out sinuses, and washing away irritants. For especially tenacious colds, gargling with a pepper solution-Tabasco Sauce stirred into a glass of warm water-up to four times daily. The degree of optimum potency and frequency of gargling depends on the bug’s severity and your own pepper tolerance (a few drops of Tabasco may suffice for novices, whereas hot pepper aficionados may need 20 or more drops for the desired decongestant effect).

Again, there is plenty of choices when it comes to eating spice – hot sauce, wasabi, peppers and chilli all give the effects I’ve just described.

Bananas are one of the easiest foods on the digestive system and remain one of the few appealing foods when appetite is diminished due to illness. If an infection causes fever and vomiting then your vitamin and mineral levels decrease.

Add some banana to a homemade smoothie to gain even more nutrients! Blend them with raw honey and freshly grated ginger, into a smoothie, or freeze and eat as an icy pop.

Green veggies provide anti-inflammatory antioxidants, as well as key nutrients, are known to help the immune system function, including vitamins A and C and folate. They also provide bioactive compounds that provide a chemical signal that optimizes immunity in the gut, the location of 70-80% of immune cells.

Yet other important greens are spinach for the immune system which contains vitamin A in abundance. This vitamin gives the immune system an added boost but also strengthens the mucous membranes to tackle the likes of a runny or blocked nose too.

Sweet potatoes, carrots and squash also contain vitamin A so you could try mixing all three with spices and chopped tomatoes to make a vegetable curry. Sauté veggies along with garlic, turmeric, and black pepper, or add them to the soup. You can also blend leafy greens, like kale or spinach, into a smoothie.

Think of your gut as a personal bodyguard. Since it’s the first line of defence for anything you ingest, it protects all other organs. Fermented foods — like kombucha, miso, yogurt, and kefir can protect from cold thanks to their probiotics. They’ve been linked to reducing the duration of a cold and may decrease your likelihood of getting sick.

Kefir: Many health experts often argue that kefir is actually healthier especially for those looking to boost their immunity during the cold season. Why? The probiotics found in this fermented beverage can contain up to 61 different strains of bacteria and yeasts. Sipping on a bottled version when you’re feeling sick certainly couldn’t hurt. 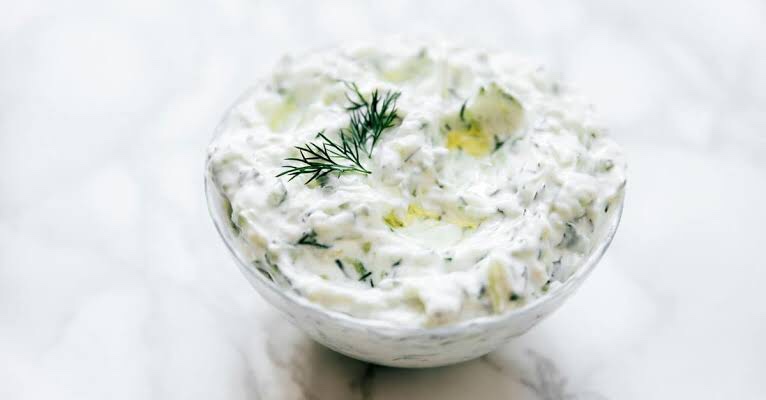 Unsweetened Greek Yogurt: Pick plain, unsweetened Greek yogurt when you’re feeling under the weather. 2/3 cup of yogurt has about 20 grams protein are key to helping the cells of your immune system regenerate. Try choosing non-fat or low-fat kinds — not because of the calorie content, but because colds have a tendency to zap appetite. Since fat is filling, it’s best to get enough protein by eating as much of that yogurt variety as you can.

The likes of pumpkin and sesame seeds make a healthy snack but they also give the immune system a boost because of their high zinc content. Studies have indicated that, when taken within 24 hours of symptoms developing, zinc could reduce the duration of colds.

Also, pumpkin seeds are filled with potassium, magnesium and iron. Those minerals are key for keeping up the energy.

Sunflower Seeds: Whether you prefer them shelled or unshelled, grab a handful of seeds. They provide omega-6 fatty acids, which are important for disease prevention via the immune system and general health overall.

A great way to get your fluids in is to drink hot tea. Certain teas brewed with hot water might help soothe some of your cold and flu symptoms as well. 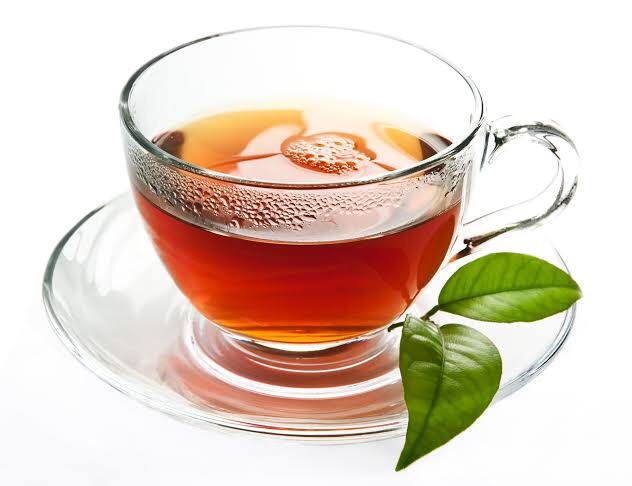 The menthol in peppermint tea might help clear nasal congestion or runny nose. And elderberry tea could do the same by reducing swelling in your nasal passageways and relieving a stuffy nose. Ginger tea often eases nausea symptoms and might even help you heal faster.  Ginger may also help the body fight off the viruses involved with these ailments as well as relieve nasal and chest congestion.

Whole grains contain anti-inflammatory properties, which allows for an increase of production of healthy bacteria. When we think of cold relief, the last thing we would think to eat is thick, creamy oatmeal. Despite those qualities, though, oatmeal also contains beta-glucan, which stimulates the immune system and makes it one of the best cold remedies. Getting those oats in when you’re starting to feel sick can help to quicken the recovery process. In addition to the beta-glucan, oats contain zinc and selenium, which also work to fight infection.

Seventy per cent of your immune system lives in your gut. So, it’s important to keep your gut health if you want to fend off any cold-causing germs!

It’s also important to drink plenty of water to replace the fluid you’re losing through your lungs each time you cough, and from losses due to perspiration or sweat.

As far as what to avoid when you’re sick, steer clear of foods that may fuel inflammation or stress your immune system.

I advise my clients to avoid refined sugar, processed foods (especially those with artificial ingredients), conventional dairy and meat, Caffeinated drinks as they are dehydrating. They include coffee, cola drinks, energy drinks and tea.

Also, alcohol which is too dehydrating. In addition, it affects the functioning of the immune system and drinking too much alcohol makes you more likely to get an infection.

Hi, I'm Priyanshi! As a Holistic Nutritionist and as a leading voice in mindful nutrition, my purpose is to teach you how to take care of yourself using simple sustainable mindful eating and living practices so you feel empowered, balanced, and at ease. In my teachings, you'll learn both the science of nutrition and the art of healthy eating so you design a way of to eat for healthy mind, body & soul that's unique to you. At detoxpri, the meaning of good health is a combination of nutrition and fitness, which are essential to your well-being. View more posts